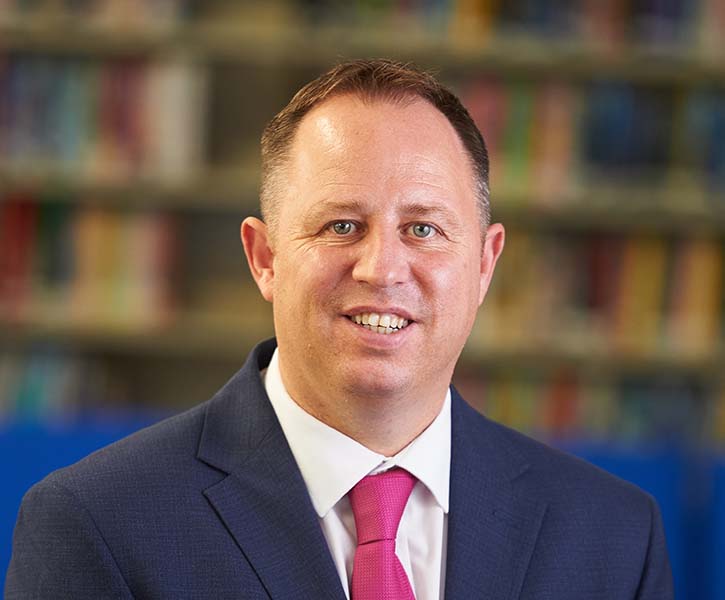 Paul's core belief as a senior leader is that all members of the school community, regardless of starting points have the right to a fulfilling and enriching school experience.  In his role as Senior Deputy Headteacher, as well as deputising for the Headteacher, he oversees the 'Closing the Gaps' agenda at Warlingham.

Paul is a former student of Warlingham School & Sixth Form College and has lived for many years in and around the Warlingham area, which gives him an excellent working knowledge and understanding of both the School and the wider community.

He joined Warlingham in September 2013 from a local school in which he had held a number of leadership responsibilities over a twelve-year period, which included positions as Head of Year and Head of Humanities before progressing to Assistant Headteacher.

Prior to entering the teaching profession, Paul worked as a football coach both domestically and internationally, and he worked in telecommunications and customer service.

Paul's first position at Warlingham was as Deputy Headteacher leading on Curriculum, Teaching and Learning. He initially had oversight for the School’s professional learning agenda and teaching and support staff appraisal, training and development. In 2018, he led the School as an Acting Joint Head of School for nearly two years as an interim measure, prior to Paul Foster's appointment as Headteacher.

On a personal level, he is an avid sports person; he plays football and cycles whenever the opportunity presents itself.