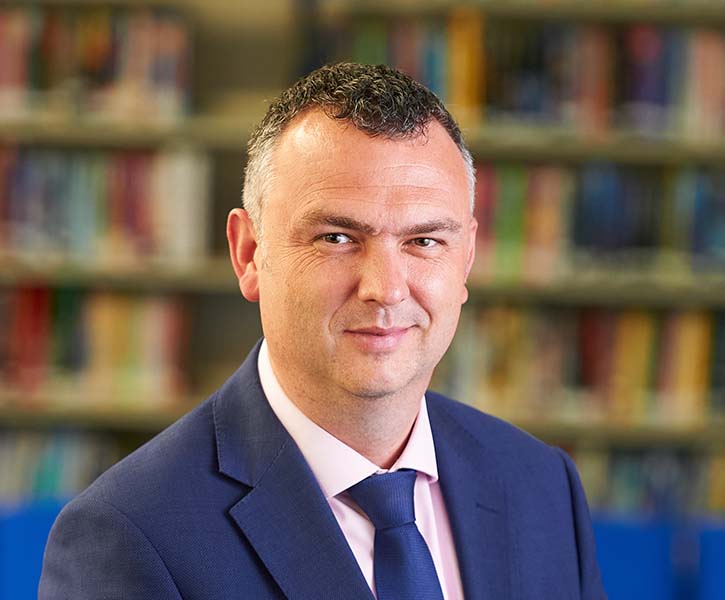 Paul started his career in September 1997 as a Science teacher in Croydon.  The following year, he joined the Science Department at Warlingham and held various positions within the Department before becoming Head of Science in 2006.  Paul held this post for seven years before becoming Assistant Headteacher, with a wide range of responsibilities including the performance of high prior attaining students and the wider curriculum.

As Deputy Headteacher, Paul now has responsibility for the Quality of Education and Home Learning.

Paul studied for a BSc in Geology at Anglia University, before gaining a PGCE from the University of London, Goldsmiths College.  Sharing his enthusiasm for Geology and for the outdoors remains a feature in both his professional and personal life.  He enjoys the great outdoors and exploring the British countryside, whether it be taking a walk, enjoying the geology or something more adventurous like Ghyll Scrambling.

In his spare time, Paul really enjoys reading and has a special interest in historical books.  He is also passionate about music and especially enjoys going to see live music.