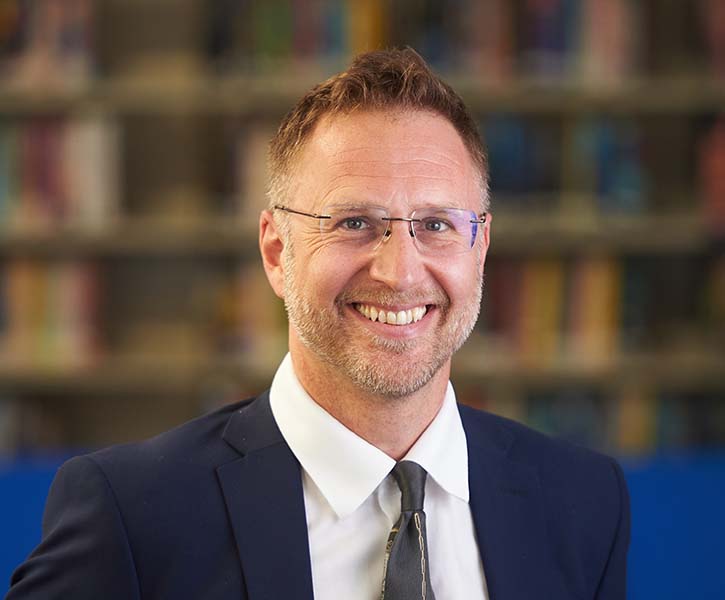 Rick joined Warlingham in 2004 as a newly qualified teacher, having previously worked in educational tourism.  He has been a Sociology teacher throughout his time at Warlingham and has also enjoyed teaching Citizenship, French, Law, PSHE and RE.

His first step into leadership was as a House Achievement Coordinator.  His passion for learning about learning then led him to become a Lead Practitioner for several years, during which he dedicated his time to improving the quality of teaching in others.  These skills supported his leadership of Society, Religion and Wellbeing when he became Head of Department in 2012.

Rick first joined the Senior Leadership Team as an Associate Assistant Headteacher with oversight of staff and student wellbeing, during which time Warlingham earned the Healthy School’s Gold Award.  In 2019, he became an Assistant Headteacher responsible for implementation of the curriculum, overseeing the quality of teaching and learning as well as staff development.  He has spent most of his career as union representative for the NUT and is a proud member of our Anti-Racism Action Group.

Rick has an MA in Art History & French from the University of St Andrews and an MA in Leadership Education from Canterbury Christ Church University.

Rick is a self-confessed geek and loves reading about almost anything from quantum physics to ancient history or linguistics.  His main passion, however, is for culture: both exploring his own and travelling to explore other cultures.  He has lived and worked in France, Italy, South Korea and the USA and now, as having a young family gives a different focus for him, he enjoys exploring the rich culture on his doorstep.